My posture isn’t what it used to be. Okay, it was never great but I saw my reflection in a storefront window the other day and I look hunched over, not the Hunchback of Notre Dame hunched over, but it didn’t look good. I’m guessing it’s from using the walker for the last five years. I only use it when I’m alone outside but maybe that was enough for my back to get lazy. I’m six feet tall and even with the walker extensions it’s a bit short for me. My back has been feeling sore as well, so I bet my bad posture is to blame.

Instead of running to the doctor to see what he thinks, I went on You Tube and looked for back exercises, specifically yoga stretches. I found two that I will share with you. They are both gentle and that’s a win for me.  I’m not into any intense exercise and that includes yoga.

Along with the yoga, I’m more conscious of my posture when walking or standing. If my shoulders feel too far back, then I’m standing correctly. I know because I watched myself in the mirror. It feels weird probably because my back got used to hunching over. Eventually it will feel better.

This one is meant for people with scoliosis but it’s really good for anyone who wants to gently stretch their spine.

This video is similar but a shorter session:

Be well and sit up straight! 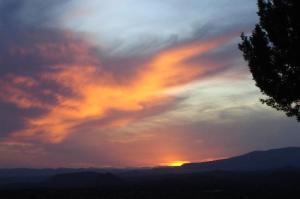 Yesterday my husband’s co-worker died suddenly. The call came from his distraught wife saying that *Joe was “gone.” He died earlier that day. Everyone was shocked. He was forty-eight and just became a grandfather. Joe had been complaining of back pain for a few weeks and was under a doctor’s care. It did not seem to be life threatening, until I read his last social media post.

Joe was prescribed Ibuprofen 800mg and was taking it daily for a few weeks. I don’t know how many pills he was taking.  According to his post he had been experiencing weird side effects lately, starting with disturbing dreams. He didn’t think to look up the side effects of this drug on the Internet until he experienced shortness of breath. I don’t know if he understood how serious his shortness of breath was, especially having it for three days. He didn’t elaborate. He decided to just stop taking the drug and didn’t think to seek medical help. Since I don’t know which site he was on, I don’t know if it explained just how serious it was. He died within twenty-four hours of his posting.

Joe is a tragic story but an all to familiar one when it comes to a patient’s participation in his treatment plan. How many of us go to our healthcare provider and explain our symptoms and walk out with a prescription for a drug we know nothing about? How many of us ask what side effects could happen?

These days we are lucky to get ten minutes with our doctor. That isn’t enough time for them to get a complete picture of what could be going on.

I remember when I was in cancer treatment, I started having severe panic attacks and my radiologist sent me to a psychiatrist. I expected to get at least thirty minutes with him to figure out what was going on with me, but instead I got less than ten. The doctor asked my name and date of birth and why was I seeing him. He said nothing in response but wrote me three very strong prescriptions and I left his office. In my opinion, he basically worked for the pharmaceutical companies and didn’t have time to provide “talk” therapy. I threw the prescriptions away. I knew pills were not the answer and would cause me more harm than good. I sought alternative therapy instead.

But I am not the average patient. I ask questions. Lots of them. I became that way when I got cancer. I wanted to know exactly what I was putting in body, whether it was medications or food.

I wish Joe had done the same. The problems Joe had didn’t start a few weeks ago. His job site is surrounded by tempting fast food joints selling really cheap food. Joe ate a lot of it and was overweight. His job also requires a great deal of lifting and I am guessing that contributed to his back problems, along with his weight.

I wish he had looked up the side effects of the Ibuprofen before he took it. Maybe he would still be here. It’s not enough to depend on our medical professionals to give us all the information we need to make an informed decision. Many of us think they are smarter than us because they went to medical school and most are — but they are human, just like us. We cannot expect them to do and know everything.

Most doctors see, on average, fifty patients a day, not including visiting those patients who are in the hospital. There isn’t enough time in the day to be as thorough as they may like. It’s up to us to do our own research. We have to have a warrior mentality.

So next time you get a prescription or for that matter purchase an over the counter drug (all drugs can be potentially lethal if mixed with other drugs or alcohol), look up the side effects and monitor yourself. Your life could depend on it.

Be Well and Stay Informed,

*Joe was not his real name