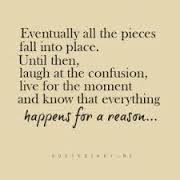 Cancer sucks… no doubt about that BUT it can be a valuable teacher when it comes to showing us what really matters. I mean… it has a way of shaking up ones world view and to see what’s really important in life… and its got nothing to do with how much “stuff” one has.

Last week I visited *Sandy who was getting her first chemo treatment and she was visibly scared. So many thoughts ran through her mind and she needed someone to listen to her, to help sort them out, so I sat back and let her “unload” her fears on me. After an hour she was a little calmer, so I left her with words of encouragement and told her my story, hoping it would bring her comfort.

Today she was back for round two and she was a whole different person. Her hair was shorter. If chemo would make her hair fall out she was ready. Cutting her hair helped her feel she still had some control, a sentiment I completely understood (I cut my hair off only to find out later that my chemo cocktail did not affect hair. Oh, well, lesson learned.) She quickly told me she got “the lesson.” Her cancer diagnosis woke her up to what’s important. She felt more at peace. She had hope. She had faith she would recover. She decided to stop worrying about things she couldn’t control and to focus on things she could. Yes, she had cancer but life is still good.

The first time I sat with her she focused on why she got cancer. She did everything right. She eats organic food and runs two miles a day. Was it genetic? Why did this happen to her? All I could do was listen. Today she confided she has been raising two teenage daughters alone. Her husband died suddenly ten years ago. She never took the time to grieve but chose to push forward, putting her daughters and job first. She never took the time to take care of herself; never asked for help. Now that she is sick, she has to let go and allow others to take over. For the first time in her life she must be number one. She gets it now. She can’t help others if she doesn’t take care of herself first. That’s a lesson many women have a hard time to accept. We are taught to nurture others. Now we must nurture ourselves; it’s not selfish, it’s self care.

As young women we are told through magazine articles and media that we can have it all… but at what expense? The reality is maybe we can, but not all at once. Men used to die earlier than women from stress related diseases but woman are catching up fast.  It is well documented that chronic stress lowers our immune system which leads to all kinds of diseases including cancer.

I related to much of what Sandy was saying even though I am not a widow. I did, however, run around like a crazy woman for three years before my diagnosis. “Stressed out” was my middle name. I thought that was the normal way to feel.

It was wonderful to sit with her and watch her talk about her “enlightenment”… she felt free for the first time! (In my opinion, “enlightenment” isn’t some cosmic awakening… well, I guess it can be…but for most of us it’s just seeing through the “bullshit” we’ve been taught from an early age to embrace as the only “reality” there is). We are bombarded daily with messages that “more is better,” as though having more junk will make us happy. In reality all it does is make us chase our tails, which leads to working too much, to eating on the run, drinking too much alcohol, feeling stressed out and not getting enough rest… which takes us to an early grave.

Life isn’t about having the most money, a bigger house, fancy cars, more sex or status. Cancer is an equal opportunity asshole. It doesn’t care how much money you have or how popular you are. The word “cancer” scares the shit out of anyone who finds out they have it. BUT after the dust settles many patients learn to live in the moment, something they never did before because they were too busy doing stuff and never took time out to just “be.”

Many patients tell me they learned they are stronger than they ever imagined (me included). I say “many patients” because there is a small portion of those who want to keep working and playing hard; who see their cancer as an “inconvenience.” I’m not positive this is how they cope with their cancer because they don’t want to talk with me either. They run their businesses from their infusion chair, barking out orders to whomever is on the other end of their Smartphone and work online. Who am I to judge? If ignoring what is happening gets them through treatments, then mazel tov!

Sandy will do fine and I look forward to seeing her in two weeks at Infusion.

Be Well and Be Happy

*Sandy is not her real name