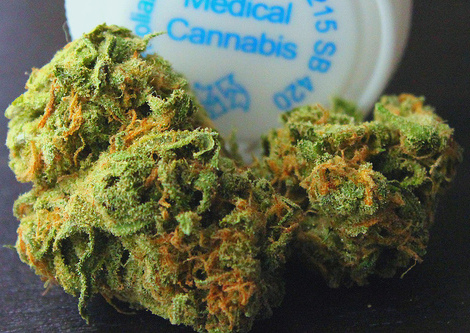 I have been on the Internet literally for hours and hours, looking for cancer survivors who used medical marijuana aka cannabis as treatment and I found quite a lot so far.  Since there are so many, I will post only a few and instead of telling each one’s story myself, I chose to post links to them so you can read them for yourself.

I also want to add that medical cannabis/hemp/marijuana has been successful in treating other diseases, like seizures. I found some stories about kids whose parents are treating them with hemp oil and their seizures are not as severe or as often. I will include their stories as well.

Let’s start with brain cancer and how cannabis kills it. I got this from Medical Marijuana Wikipedia (notice the study was done in Spain):

A study by Complutense University of Madrid found the chemicals in cannabis promote the death of brain cancer cells by essentially helping them feed upon themselves in a process called autophagy. The research team discovered that cannabinoids such as THC had anticancer effects in mice with human brain cancer cells and in people with brain tumors. When mice with the human brain cancer cells received the THC, the tumor shrank. Using electron microscopes to analyze brain tissue taken both before and after a 26-to 30-day THC treatment regimen, the researchers found that THC eliminated cancer cells while leaving healthy cells intact. The patients did not have any toxic effects from the treatment; previous studies of THC for the treatment of cancer have also found the therapy to be well tolerated.

The following is an x-ray of an 8 month old child’s brain, with brain cancer treated with cannabis oil: 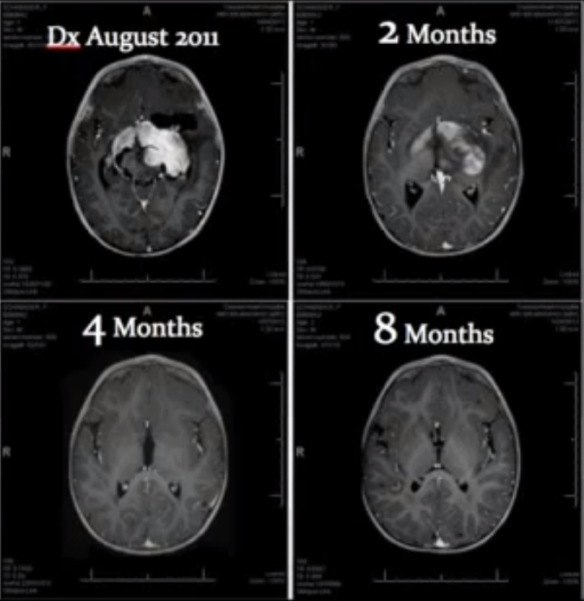 The Huffington Post wrote about this toddler’s story in 2012 and you can read more here.

A seven-year old girl in Oregon was treated for Leukemia with medical marijuana. You can read more about her story here. By the way she is one of 2,200 patients authorized by the state of Oregon to use it for cancer treatment.

This woman’s name is JoAnne Crowther. She was diagnosed with Intravascular lymphoma in 2009. This is her story:

There are several Face Book pages discussing medical marijuana you might want to check out. They usually have the most current updates about medical marijuana news. The ones I LIKED are: Cancer Compass~An Alternate Route (this page also posts different kinds of alternative therapies, not just hemp)  David’s Angels- Cannabis Cancer Survivors is another one of my favorites.

I almost forgot… (darn you chemo-brain!)  Here is one of the stories about cannabis oil used in treating kids with seizures, she was featured on CNN a couple of months ago.

As you might have noticed the name Phoenix Tears kept coming up in each of the testimonies. I will do more research into this oil and what other forms might be used to achieve the same results…which is killing cancer cells.

If you like what you read so far, but want more scientific proof, I found this video just for you. It does a good job explaining how cannabis kills cancer cells.

If you enjoyed that video, how about watching another one? It’s a bit longer but when you’re stoned who keeps track of time? (Just kidding!)